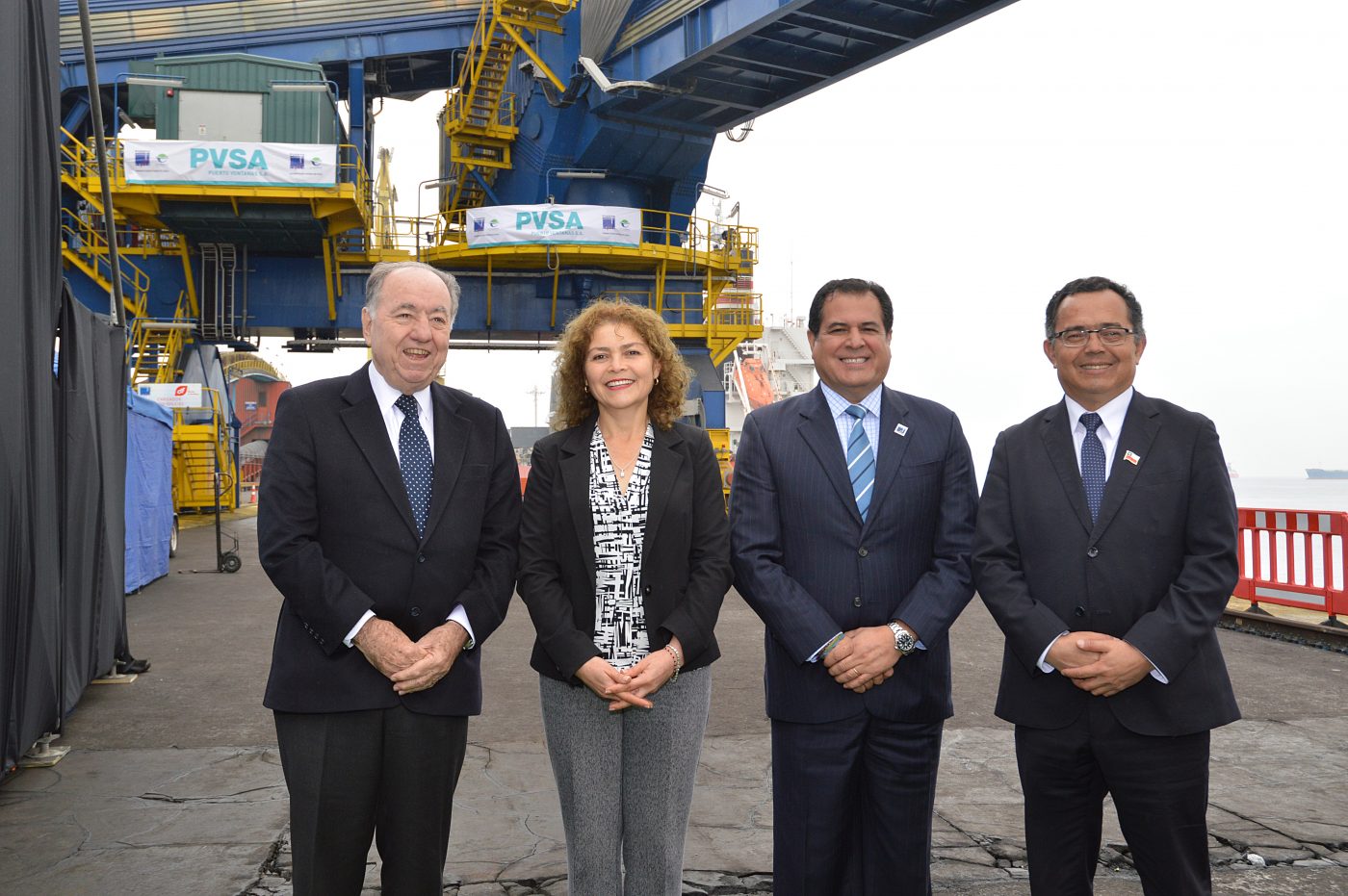 With a ceremony attended by the Governor of the region of Valparaiso, Jorge Martinez, the Mayor of Puchuncaví, Eliana Olmos, the maritime governor, Captain Juan Gajardo, and other regional and communal authorities, Puerto Ventanas inaugurated the project “Improvement and Modernization of the Copper Concentrate Boarding System”, an assembly of a traveling loading equipment of last generation, the most modern in its type in the port industry.
In the opportunity, the regional Intendant emphasized the environmental reach in the use of this new loader, as “these are some very modern mechanisms that avoid the possibilities of pollution and we believe that is very important, especially, in this zone. This makes us very happy in a region that has a call for ports and logistical activities, as one of the most important pillars points of development in the region.”
The General Manager of Puerto Ventanas, Jorge Oyarce said that “the inauguration of this project gives us much satisfaction, as it represents a new step in the development of our company and is a significant contribution to its modernization process, with real increases in productivity, flexibility, safety and environmental care in our operations,” he said.
He added that “with this project, we are consolidating Puerto Ventanas as one of the most technically advanced bulk ports in the country. Among its main features, it allows reducing the time of service of the ships in the port, representing a competitive advantage for our customers. Likewise, it contributes positively to raise the industrial standards of the zone, to turn it into a first level industrial cluster”.
The new loader assists in loading bulks, without the need for the ships to change position, and it achieves higher speed in the shipping process and more efficiency in the use of the vessels by using a site with greater draught. This increases the speed of rotation of the cargo in the holds and, consequently, generates an increase in storage capacity in the port to triple the current capacity, without the need for new investments. Additionally, it decreases the time the ships stay at the dock, which results in an annual transfer capacity of up to 7 million tons of copper concentrate.
This way, Puerto Ventanas S.A. incorporates world-class operational, environmental and safety standards, consistent with the commitment to sustainable development, notably contributing to the quality of its services and harmonious relations with its employees and the community. 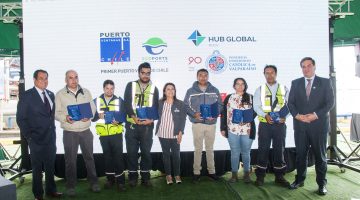 Puerto Ventanas implements innovation program with assistance of the PUCV

The initiative strengthens the culture of innovation at PVSA. 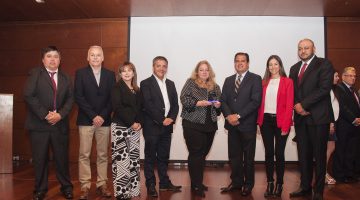 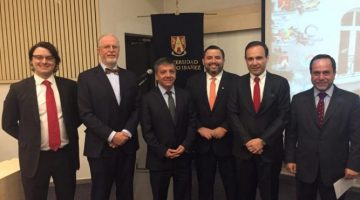 With the intervention of Ramiro Mendoza, Dean of the Law School of the UAI.